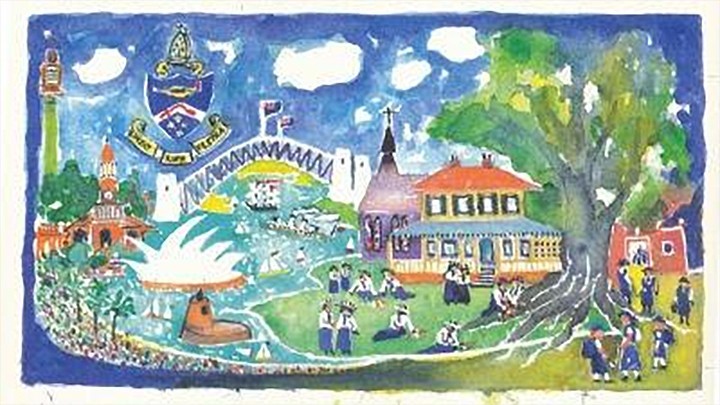 We are a group of SCEGGS Alumni who are opposed to the Religious Discrimination Bill that is currently being discussed in the Australian Parliament. We believe it is important for community members to speak out against this divisive and discriminatory Bill.

We are proud to be graduates of a school that welcomes everyone. Our principal, Jenny Allum has made it clear that we do not discriminate at SCEGGS. In 2018 Jenny Allum wrote a letter to parents affirming that SCEGGS “welcomes all – regardless of age, race, sexual orientation or religion” and that “students, staff, parents and alumni, who are members of the LGBTIQ community … are warmly welcome at SCEGGS.”

We believe that it is unacceptable for schools to discriminate against LGBTI+ students, parents or staff, and particularly transgender students, under the guise of ‘religious freedom’. It is well known that LGBTI+ people, especially young people, are at higher risk of psychological distress and self harm, including suicide. The statistics are worse for transgender people aged 14-25, who are significantly more likely to have attempted suicide than their non-LGBTI+ peers. This is often due to homophobia and transphobia within classrooms and the broader society. We find it appalling that discriminatory attitudes of homophobia and transphobia will be sanctioned by this Bill.

About the Religious Discrimination Bill

At the time of writing, 10 February 2022, the Religious Discrimination Bill has passed through the Lower House. We understand the Bill seeks to protect discriminatory ‘statements of belief’ from existing state-based discrimination laws, provided that they are based on genuinely held religious beliefs. The Bill will also expose other groups in our community to discrimination, including unmarried adults employed by schools and members of minority religious groups. Members of the Hindu community, for example, have expressed their concern about the potential to be sacked from jobs in faith-based organisations, including schools, if this Bill is passed. Although the Bill has been amended to protect LGBTI+ students from discrimination, it should be noted that this amendment does not protect staff.

The inherent danger of this Bill to the psychological wellbeing of LGBTI+ people, especially school students, was made clear in recent media coverage about two independent Australian schools who published discriminatory statements of faith. In Queensland, Citipointe Christian College asked families to sign enrolment contracts which stated that ‘homosexual acts’ are immoral and ‘offensive to God’ and that transgender students must identify ‘with the gender that God bestowed’. This contract listed “homosexual acts” along with with “bestiality, incest and paedophilia” as offensive to God. In NSW, Penrith Christian School has also attached a statement of faith to its enrolment application form stating that ‘same sex attraction, transgender identity … [and] sexual acts between members of the same sex … are not acceptable to God.’ These statements would be protected under the proposed Religious Discrimination Bill.

Citipointe Christian College and Penrith Christian School are using the Christian faith to justify their harmful and discriminatory policies. We believe there is nothing loving or Christian about targeting vulnerable young people, who need a school’s support, and making it clear that they will not receive it.

While LGBTI+ school students have been at the centre of the public discussion around the Bill, its provisions will affect LGBTI+ people in many more workplaces and public settings.

Our call to action

We are inviting members of the SCEGGS community – students, staff, parents and alumni – to add their names to this statement and help us circulate this message as widely as possible. We encourage you to attend the “Protest the Religious Discrimination Bill! Defend LGBTI Rights” rally on Saturday 12 February at 1pm at Town Hall, if you are in Sydney and able to do so.

You can add your name to the statement by signing your name here: https://forms.gle/HeF9kUX3KgJTpraA8.

You can also add your name to the statement by emailing your name and year of graduation (if you are an alum) to Anna Ho (annahyho1@gmail.com), James Kong (jamesarielkong@gmail.com) or Priya Gupta (priya.j.gupta74@gmail.com).