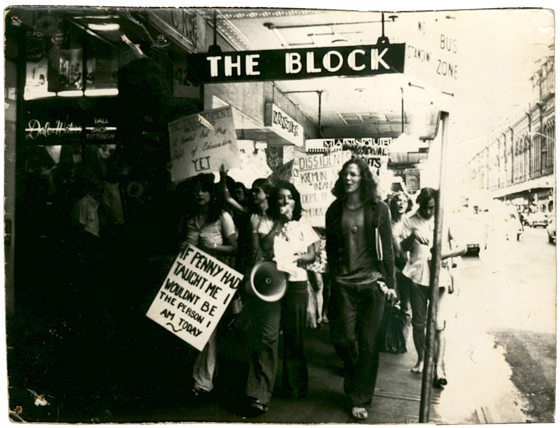 Very sorry to see the news about differences within the 78er community in the media today. The 78ers are a diverse group of people with, no doubt, a wide range of views about recognition for their activism and access to free or discounted party tickets and events. Speaking for myself, I think the current Mardi Gras organisers are working hard to give due recognition to the very significant role of people involved in the 1978 events. Mardi Gras is doing a great job of recognising the 78ers in the parade and the festival.

We also need to recognise and celebrate the many demonstrators and activists who bravely took to the streets before and after 1978.

Mardi Gras has grown and adapted for decades and the activists of the 60s, early 70s, 80s, 90s and 2000s deserve equal gratitude in our 40th year for their courage, creativity and innovation. Mardi Gras as we know it today is built on the foundations created by earlier brave activists in Camp Inc and Gay Liberation. There were many demonstrations, violent encounters with police and arrests before 1978. Since 1978, hundreds of people have worked hard to develop and extend Mardi Gras into the broader economic, multicultural and creative communities of Sydney, NSW and the Asia Pacific.

As we march in 2018, let’s focus on the young people currently being traumatised by rejection in families, cultural and religious groups that voted against marriage equality. Let’s rally to end the exemptions to anti-discrimination laws in Australia that enable faith-based schools, that receive public funding, to refuse to hire or sack people on the basis of their sexuality. Let’s extend our understanding of gender diversity and support transgender and other gender-diverse people who have often been treated unkindly within our own community over the years. Let’s support research into the health and social support needs of HIV positive people who are entering their older years. Let’s work to reduce the number of new HIV infections and address the other specific health needs of our communities, for example, the cancers associated with the HPV virus that was responsible for my own experience of head and neck cancer in 2013.

There is still so much to be done! Happy Mardi Gras!