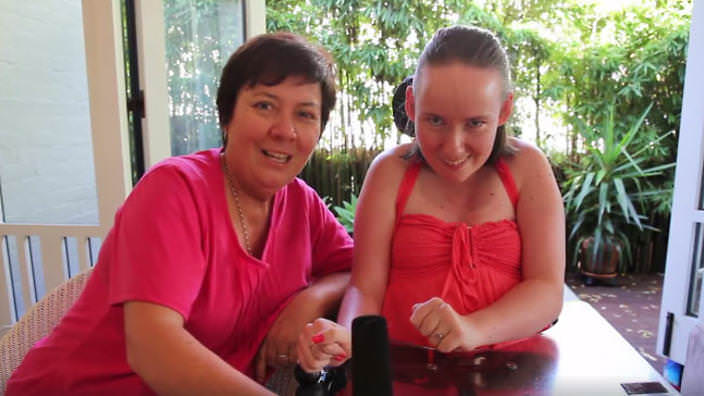 A group of organisations supporting people with disabilities will take part in this year’s Sydney Gay and Lesbian Mardi Gras parade, and have released a video calling for others to have “disability pride”.

People with Disability Australia, the Cerebral Palsy Alliance, and Northcott will join forces at this year’s Sydney Gay and Lesbian Mardi Gras Parade and, for the first time, the Mardi Gras Fair Day event to celebrate “disability pride”.

Emily Dash, a 25-year-old writer, actor and motivational speaker living with cerebral palsy will be among those taking part. She’ll be representing Northcott, which helps children and adults living with disabilities, their families and carers across NSW and the ACT. Dash joined broadcaster and journalist Julie McCrossin for a video previewing their attendance in the parade.

“So it’s really important for organisations like Northcott to support people to explore their diverse sexualities in a supportive environment.”

McCrossin said it is her great pleasure to be appearing with Dash at Mardi Gras and celebrating the involvement of people with disabilities, and their family and friends.

“The other thing I love is that Northcott is also supporting their staff and family members who may be of diverse sexualities as well,” McCrossin said.

“It’s a welcoming and support message to everyone. So all we have to work out now is what to wear.”

A message from Julie McCrossin and Emily Dash

Will you join Julie, Emily and us to celebrate #disabilitypride in one month's time at the Sydney Gay and Lesbian Mardi Gras? Celebrate diversity and the spirit of inclusion with us! Get in touch by clicking this link

Posted by Northcott on Wednesday, 3 February 2016