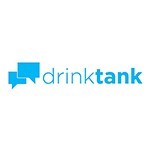 On this day 40 years ago I decided to stop drinking alcohol and I rang a rehab and admitted myself.

In this article, written in 2012, I explain why I made this decision.

In 2013, I was diagnosed with cancer in my tonsils, tongue & throat.

I was told I had a better chance of responding to treatment & recovering well because I hadn’t drunk alcohol or smoked for so many decades.

So grateful for all the support that helped me make the decision to stop drinking & stay stopped.

Thirty-three years ago I woke up and felt an overwhelming urge to give up the grog. And I did. It was the day before Mother’s Day in 1979 and I haven’t had a drink of alcohol since. At the same time I  gave up drugs as well. Completely.

The decision to stop drinking altogether is the single most important decision of my life. I believe it is the foundation that underpins all that is good in my life.

I know this sounds dramatic. But it feels that dramatic to me. When I drank, I couldn’t guarantee my behaviour. It wasn’t always bad, but sometimes it was very bad indeed. It was unpredictable.

Sometimes when I drank, I changed. My behaviour became aggressive and argumentative, or promiscuous. I experienced memory loss. I woke up with tattoos and I couldn’t remember how I got them.

At times, trying to remember what happened the night before was like flashing a torch around a dark room full of mysterious objects. I could catch glimpses of what was there, but I couldn’t discern the full picture.

Since I stopped drinking, I have never experienced anything like the same problems.

These days, most of the people I know have never seen me drink. And that is just the way I like it.

When I first stopped, I worried I would be rejected by my friends. Abstinence is culturally unacceptable in Australia. The worst thing in the world is to be called a wowser.

Then I decided I wanted to strive for life-affirmative wildness. Over the years, I became an actor, a stand-up comedian, a radio broadcaster and a television presenter. There are plenty of ways to take risks and experience cathartic thrills without chemical assistance.

Most importantly, my long-term partner, Melissa and the children in our lives, Luke and Amelia, know me as a stable, loving, optimistic and reliable family member.

Over the years I’ve sought all sorts of help to stay off the grog and live a happy life. I’ve attended self help groups. I’ve addressed underlying issues with individual clinicians.

In my experience, it’s not common for people to talk about the advantages of abstinence for people with alcohol problems. However, controlled drinking never attracted me. Back in 1979, I yearned to escape the damage that grog was introducing into my life. Today I’m free.

I won’t tag the many researchers I know. I just hope this gives you a giggle! #research