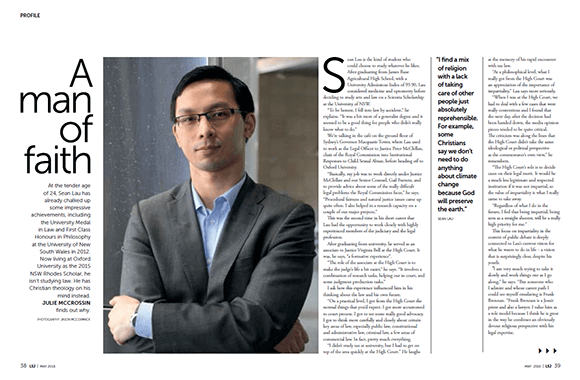 At the tender age of 24, Sean Lau has already chalked up some impressive achievements, including the University Medal in Law and First Class Honours in Philosophy at the University of New South Wales in 2012.

Now living at Oxford University as the 2015 NSW Rhodes Scholar, he isn’t studying law. He has Christian theology on his mind instead. Julie McCrossin finds out why.

I find a mix of religion with a lack of taking care of other people just absolutely reprehensible. For example, some Christians say we don’t need to do anything about climate change because God will preserve the earth.

Published in the May issue of the Law Society of NSW Journal.